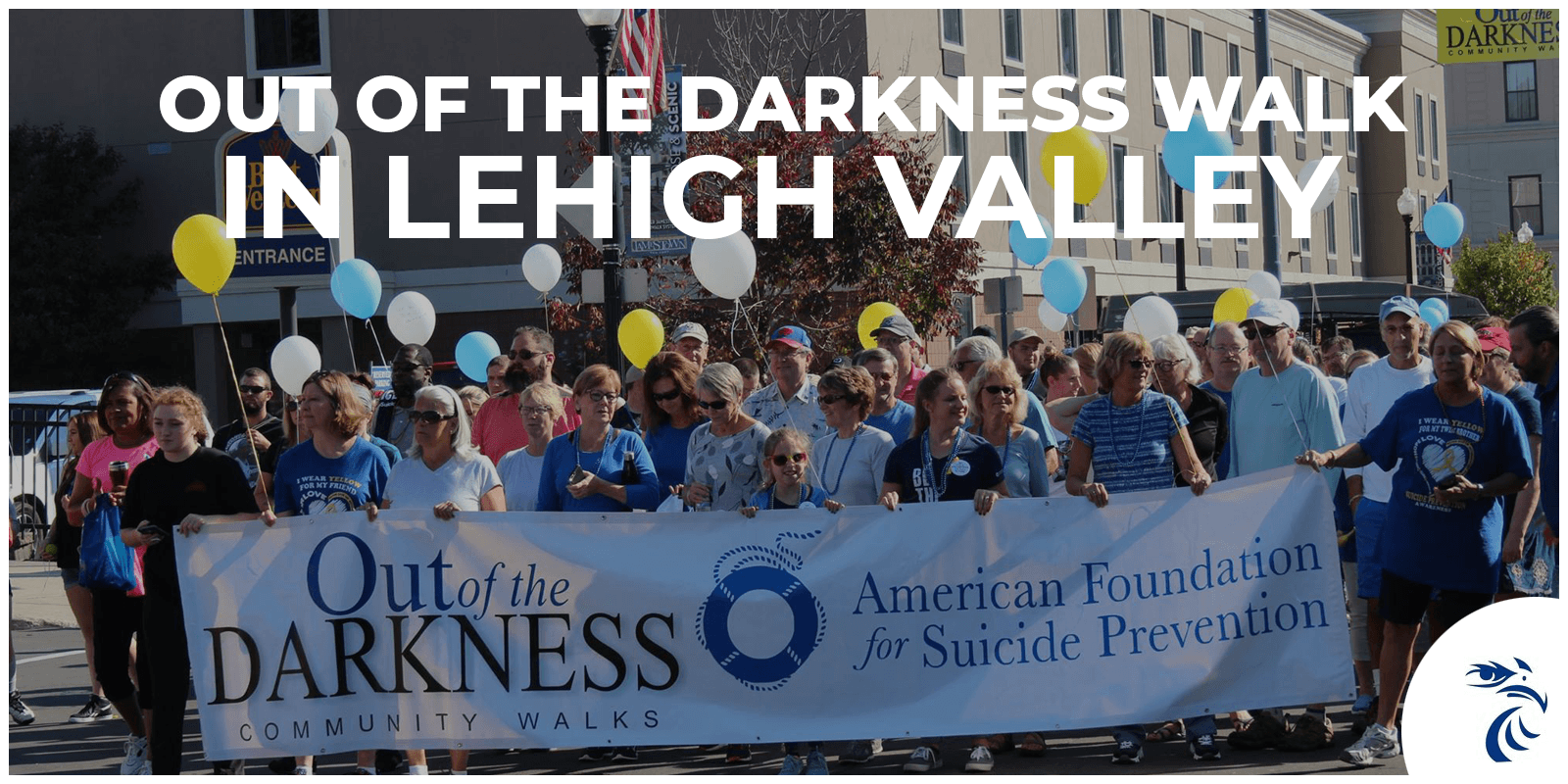 Blue Eagle Logistics proudly supports the American Foundation for Suicide Prevention’s (AFSP), Out of Darkness Walk for the Greater Lehigh Valley on October 6th, 2019. This year’s walk will be held at Lehigh Parkway in Allentown, PA.

Last year, my wife and I experienced the devastating loss of our son Samuel to suicide.

I believe suicide can be prevented, and it starts with regular people like us.

The best way to prevent suicide is through early detection, diagnosis, and treatment of depression and other mental health conditions.

In the last 10 years, Federal Government funding for research has reduced mortality rates for HIV/AIDS (-53.2%), Heart Disease (-29.1%) and Prostate Cancer (-13.7%).  At the same time, the Centers for Disease Control reports that with $37 million invested in suicide prevention research, suicide rates have climbed 20.4%.

It’s time for suicide prevention research to receive the same level of support.

Suicide is devastating but it’s preventable. And that’s why I’ve joined this community of more than a quarter of a million people walking in hundreds of cities across the country to fight suicide in an Out of the Darkness Walk.

If you have any questions about the Out of the Darkness Community Walks or AFSP do not hesitate to contact me or visit:

AFSP, American Foundation for Suicide Prevention, out of the darkness community walks